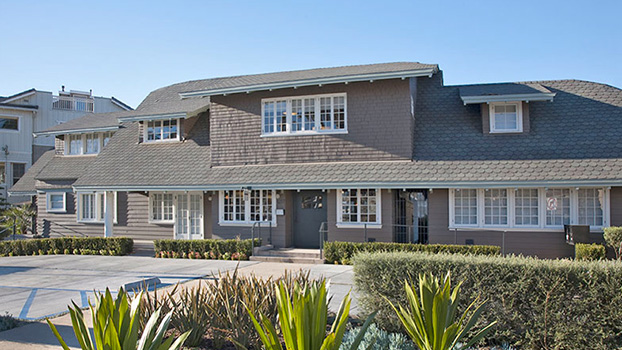 HRG will receive two 2013 Preservation Design Awards from the California Preservation Foundation in San Francisco on September 27th. Winning projects are the 28th Street YMCA in Los Angeles and the Orchard Gables Cottage in Hollywood.

HRG recently completed photographic documentation of a historic district located on the NBC Universal Studios property in the San Fernando Valley. The identified district includes buildings, structures and sites significant for their association with the history of Universal Studios and the development of the motion picture industry in the United States. There are several buildings in the district which date from the silent film era.

Photo documentation of the historic district is the latest project in HRG’s long association with Universal Studios. It was completed as mitigation for the recently approved NBC Universal Evolution Plan which will guide the future development of the Universal Studios property. This effort, in conjunction with a Preservation Plan also prepared by HRG, will ensure the protection of Universal Studio’s historic legacy as the property is improved and developed. 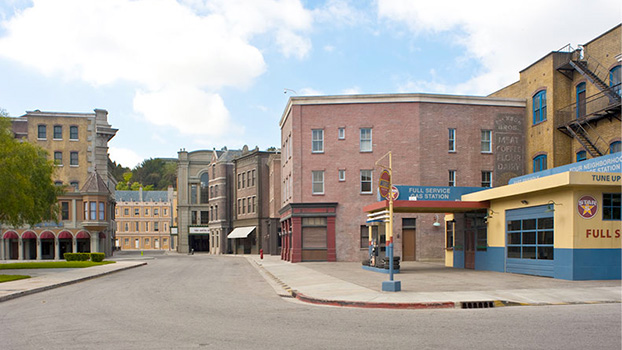 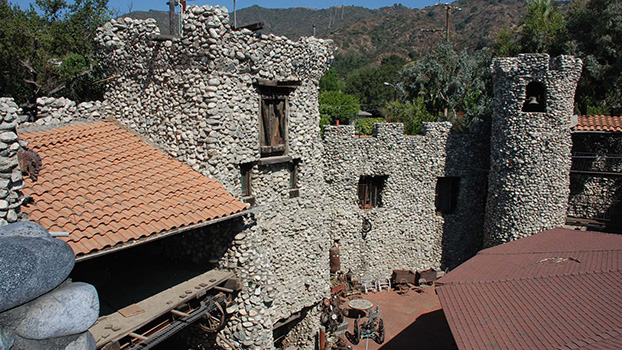 Rubel Castle is nominated to the National Register.

HRG nominated Rubel Castle for listing in the National Register on behalf of its owner, the Glendora Historical Society. Rubel Castle, also known as Rubelia or Rubel Pharms, is located on a portion of the former Albourne Ranch, which operated as a citrus farm until 1949. The Castle was the creation of Michael Clarke Rubel (1940-2007), who envisioned a monumental, medieval-style castle constructed out of recycled materials. Rubel acquired the property in 1959, and with the help of a wide network of friends, associates, townspeople, and “Pharm Hands,” began collecting found objects and other materials to use in the construction. The main portion of the Castle is a 124-foot diameter irrigation reservoir that dates from 1910 which provided a ready-made concrete foundation. Capped with battlements, the Castle walls are built primarily from stream rocks and slabs of recycled granite set in cement mortar. Construction unfolded over two and a half decades, beginning in the 1960s and ending in 1986. Although it was completed in the recent past, the State Historical Resources Commission agreed at their August meeting that Rubel Castle is exceptionally important as a folk art monument, and therefore eligible for listing in the National Register.

You can make a touchdown at the Rose Bowl!

For nearly twenty years, HRG has partnered with the Rose Bowl to preserve and maintain its architecture and history. For members of the public who love the landmark as much as we do, there is now an exciting opportunity to assist with the preservation of its special legacy: sponsoring a paver with your name inscribed for the new main entrance plaza. The proceeds from the Brick Campaign will be used to support the continuing improvement of the stadium, including projects directly benefitting patrons of the Rose Bowl Game. And as an added bonus, thousands of visitors, millions of TV viewers, and your grandchildren will know you cared about history.www.rosebowlbricks.com

You may also contact the Rose Bowl Legacy group for other sponsorship opportunities.www.rosebowllegacy.com

Side: Rendering courtesy of DAIQ Architects. 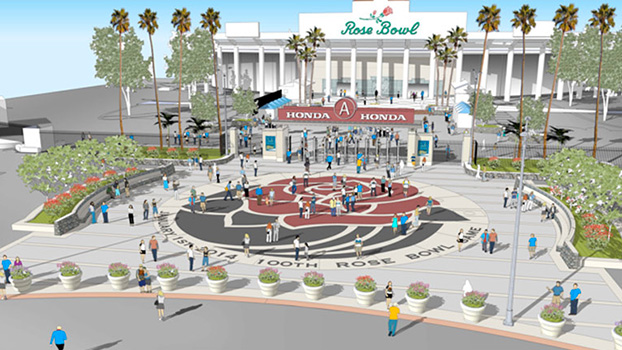 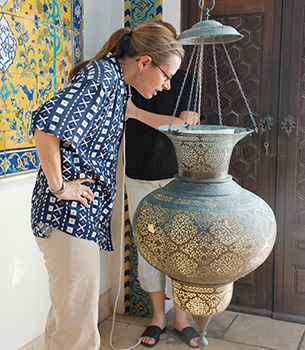 Laura Janssen, Senior Architectural Historian, recently celebrated ten years as a highly valued member of HRG’s staff. Laura works on a variety of projects and tasks, including research, historic assessment and architectural conservation. Current assignments include construction monitoring at the LA County Hall of Justice and the Rose Bowl, and managing the preparation of a Cultural Landscape Report for the Los Angeles County Arboretum.