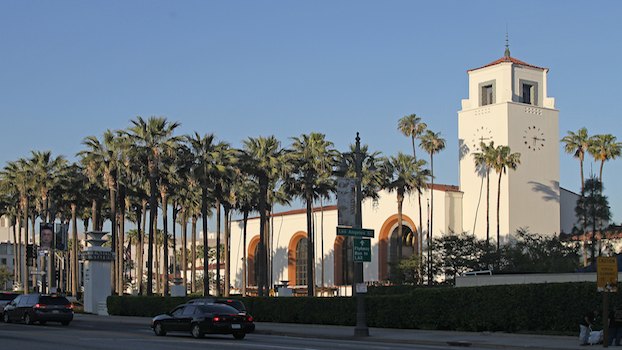 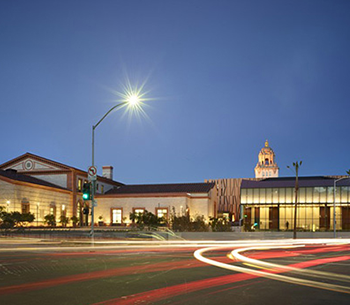 Historic Resources Group was the historic preservation consultant on two teams that won 2015 Los Angeles Conservancy Preservation Awards. HRG prepared the federal historic tax credit certifications for both the Lincoln Place apartment complex in Venice for Aimco, and the Wallis Annenberg Center for the Performing Arts in Beverly Hills. Lincoln Place is one of the largest post-World War II garden apartment complexes in California, and faced an uncertain future for many years when a previous developer made plans to demolish it. Thankfully, now hundreds of residents are able to enjoy expansive green space and sustainable living in historic buildings.  “The Wallis” is an adaptive reuse project that converted the 1934 Beverly Hills Post Office designed by Ralph C. Flewelling into a performing arts theater and education complex. HRG assisted with the formulation of a compatible addition and careful treatment of the Italian revival post office building, submittals to the California Office of Historic Preservation and the National Park Service, and on-the-scaffold monitoring during construction. 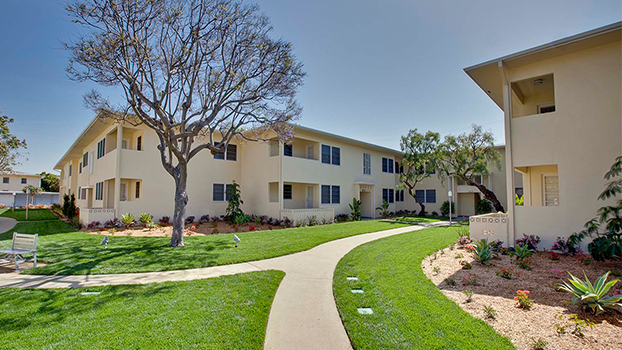 House on the run!

The 1892 Decker House, former home of cigar shop owner Frank Decker and his wife Anna, is today one of Pasadena’s treasured Victorian-era buildings. The development of a 70-unit apartment complex for low-income seniors by Bridge Housing required the temporary relocation of the Decker House for its protection during construction. The house will be given a facelift and will be returned to its original location as part of the residential project. Initial plans to relocate the Decker House to a different location fell through, and we like to think Frank and Anna would be happy that their former home will stay in the neighborhood serving an important community need.

See the Decker House “in motion” above. As preservation consultant for the project, Historic Resources Group prepared a relocation plan, moving and protection protocols, and will assist in monitoring the building throughout construction.

HistoricPlacesLA.org launches at the Getty Center.

On March 17th, Historic Resources Group joined the Los Angeles Office of Historic Resources, the Getty Conservation Institute, and several hundred guests at the Getty Center to celebrate the launch of HistoricPlacesLA.org. Developed by the Getty Conservation Institute, HistoricPlacesLA is the first online information and management system specifically created to inventory, map, and describe Los Angeles’ significant cultural resources. The website includes properties identified as part of SurveyLA, the first citywide historic resources survey. HRG has been an integral part of the SurveyLA effort since its inception. A highlight of the event was a “whirlwind tour” of SurveyLA given by HRG Senior Preservation Planner Kari Fowler and other members of the project team, highlighting the process, findings, and challenges.

Image: Kari Fowler presents at the HistoricPlacesLA launch event at the Getty Center. 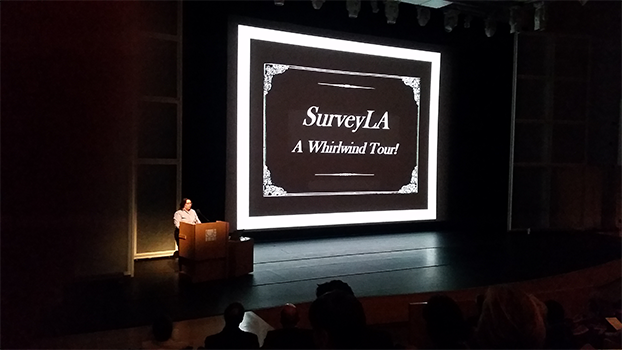 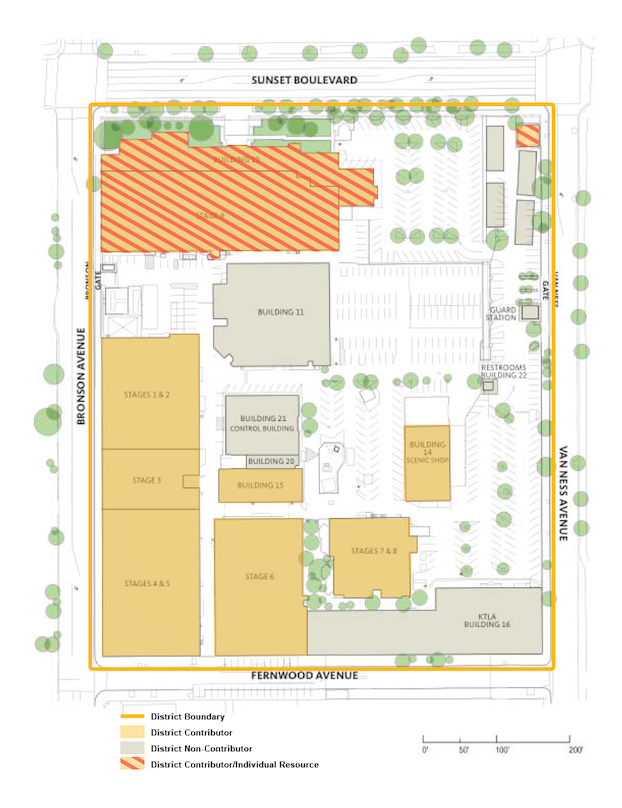 Space is still available for the California Preservation Foundation’s workshop “CEQA: How it Really Works,” which will take place at the University of Southern California campus from 9:00 am – 4:00 pm on May 21. Adopted in 1970, the California Environmental Quality Act is a critical tool for protecting the state’s historic resources. All projects undertaken by a public agency, and many projects undertaken by private parties, are subject to CEQA review. Despite its widespread and effective use as a preservation tool, it is frequently misunderstood or misinterpreted. The workshop will explore CEQA from different perspectives: historic preservation professionals, City staff members, land use attorneys, and preservation advocates. Through a series of case studies, participants will discuss the strengths and limitations of CEQA in evaluating project impacts on historic resources, implementing appropriate mitigation measures, and advocating for historic properties. Speakers include Historic Resources Group Principals Paul Travis, AICP, and Christine Lazzaretto; Amy Forbes, Gibson, Dunn & Crutcher; Adrian Scott Fine, Los Angeles Conservancy; and Erik Krause, City of Glendale. For more information and to register for the workshop, please go to the CPF website.

Image: Site plan showing Sunset Bronson Studios in Hollywood used to evaluate impacts to historic resources. The  CPF workshop on May 21 will discuss real-world examples to illustrate the CEQA process.