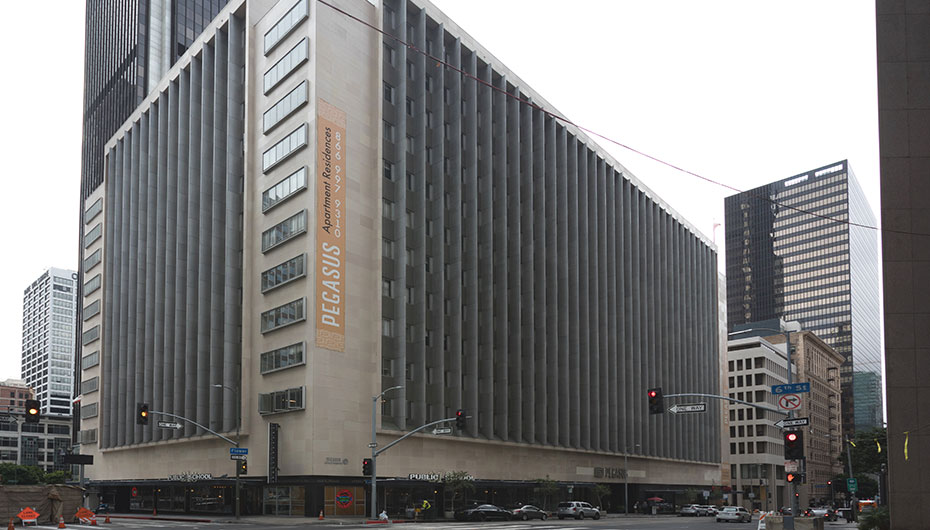 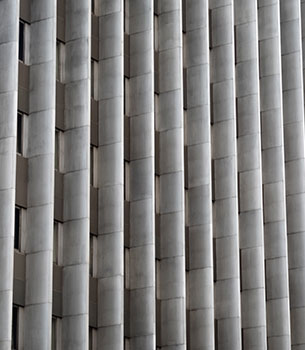 In 1949, the thirteen-story, 500,000 square-foot General Petroleum Building was the largest office building in Los Angeles. It was designed by the noted architecture firm of Wurdeman and Becket whose work would come to define the post-war Modernist idiom in Los Angeles. The former office building was converted to apartments under the City’s recently adopted Adaptive Reuse Ordinance, which allowed under-utilized office space to be converted into housing and became a catalyst for the rebirth of downtown.

Historic Resources Group served as historic preservation consultant throughout the project, which was funded in part using Federal Rehabilitation tax credits. This was one of the first post-World War II Modernist buildings in downtown Los Angeles to be recognized for its historic significance. The project received preservation design awards from both the California Preservation Foundation and the Los Angeles Conservancy.