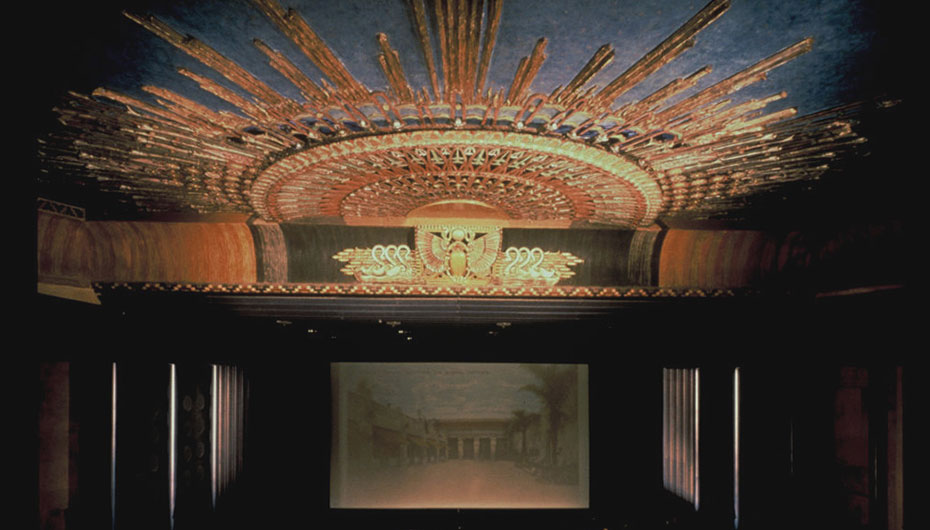 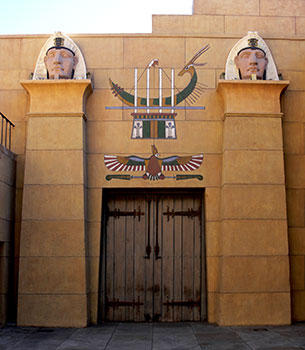 Historic Resources Group was an integral part of the project team that designed an innovative solution for the reuse of Sid Grauman’s 1922 Egyptian Theatre in Hollywood. The classic movie premiere spectacle, with klieg lights sweeping the sky, was created at the Egyptian. Over time, the theater had been altered and suffered extensive damage from the Northridge Earthquake in 1994. During the rehabilitation for new life as the American Cinematheque, the greatest challenges were maintaining the theater’s original character and replicating historic features that had been lost, while allowing for appropriate alterations to accommodate the latest technology. This complex rehabilitation project reinvigorated one of the grand dames of Hollywood Boulevard, and was awarded a National Honor Award from the National Trust for Historic Preservation.