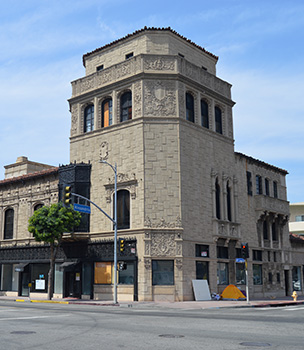 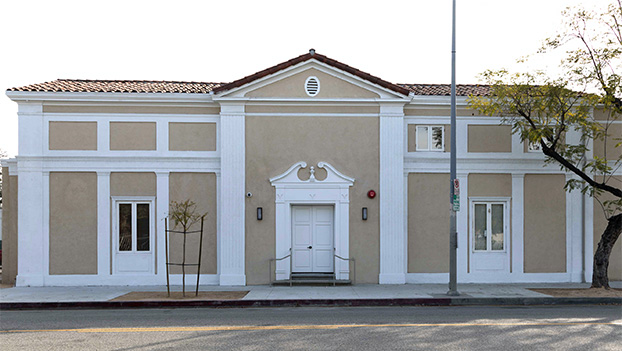 An Award-Winning Year for HRG!

HRG served as the preservation consultant for several projects that were honored by the National Trust of Historic Places, the California Preservation Foundation, and the Los Angeles Conservancy this year.

The Paul R. Williams Apartments was honored by the National Trust for Historic Preservation and was one of three projects to receive the prestigious Richard H. Driehaus Foundation National Preservation Award. The Angelus Funeral Home, founded in 1922, was one of the most successful and prominent African American business in Los Angeles and, in 1934, Paul R. Williams was hired to design their new facility. In 2009, the building was listed in the National Register of Historic Places. The former funeral home was rehabilitated, and new affordable housing was constructed on three surrounding parcels. The historic building was adaptively reused as management offices, community space, and residential units. HRG worked with the project team to review the proposed rehabilitation, assess the compatibility of new construction on the adjacent parcels, and complete the entitlements process. 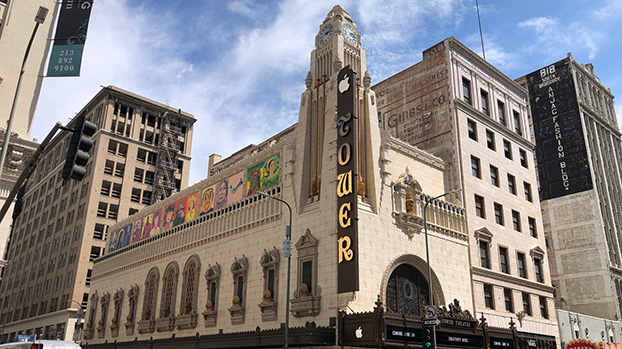 The Tower Theatre rehabilitation project was acknowledged by both the California Preservation Foundation and the Los Angeles Conservancy and received the Foundation’s 2022 Trustees Award for Excellence. The Tower Theatre was listed in the National Register of Historic Places in 1979 and was designated a Historic-Cultural Monument by the City of Los Angeles in 1989. Built in 1927 for theatre operator H.L. Gumbiner, the Tower Theatre was designed by architect S. Charles Lee in the Renaissance Revival Style. The scope of the project was extensive and included seismic and structural improvements, reconstruction of the clock tower, and the restoration of the theatre’s marquees. HRG assisted in preservation planning and the documentation and inventory of the theatre’s original architectural elements, which will allow for the theatre to return to its original use if needed.

The Herald Examiner Building rehabilitation project received recognition from the Los Angeles Conservancy and was the recipient of the Conservancy’s 2022 Chair’s Award. William Randolph Hearst, business magnate and publisher, commissioned Julia Morgan in 1913 to design this Mission Revival building to house his Los Angeles Examiner offices. The building was threatened with demolition after the newspaper offices closed in 1989; however, a community outcry and efforts by the LA Conservancy halted demolition plans. The rehabilitation project began in 2016 and great care was taken to restore and preserve the building’s historic character and features. HRG worked closely with the entire project team on preservation planning, financial incentives, architectural consultation, regulatory and Standards compliance, and design compatibility.

The Chapman Court rehabilitation project received recognition from the California Preservation Foundation and was a winner of the 2022 Preservation Design Award for Rehabilitation. Chapman Court, formerly Chapman Park Studios, was constructed in 1928 and designed by Morgan, Walls & Clements. This excellent example of Spanish Colonial Revival architecture with its orange Churrigueresque tower is an anchor of LA’s Koreatown neighborhood. HRG acted as historic preservation consultant for the complete renovation of this mixed-use building, which included seismic rehabilitation and a conversion of the upper floors into office spaces.  We worked closely with the entire project team to ensure the landmark’s original historic character was preserved.

These projects were selected by independent juries of experts in architecture, history, historic preservation, engineering, planning and community development. 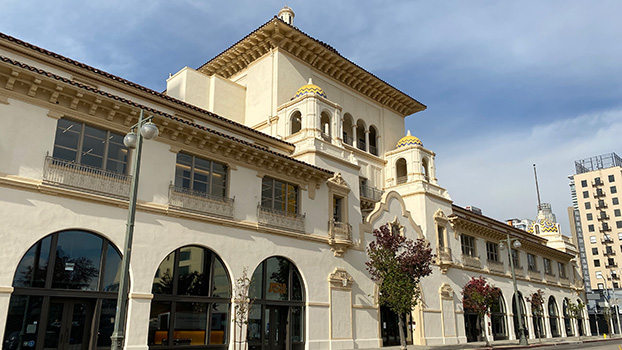